The following updates will be made to Puzzel Ticketing on 12th November 2020. These are categorised as additional features, improvements to existing and bug fixes.

There are no new features in this release.

Previously, the CSV delimiter while performing an import/export was a comma[,]. In this release we are allowing our customers to choose the delimiter in CSV to be any of the five mentioned in the list below:

The delimiter to be used can now be specified under Settings->General->Accounts Settings. You can select the delimiter from the drop down menu in the CSV Settings section as shown in the image below. 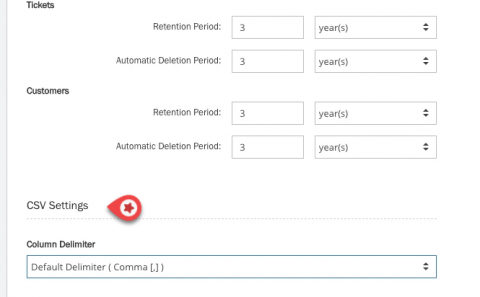 Please note that the delimiter saved in the Account Settings will be the default used across all CSV import locations in Puzzel Ticketing.  This will appear at the top of the drop-down for every functionality with CSV import/export.

Previously, the import process would fail if an error occurred during contact import from a CSV file. With this release we have enabled the import to be processed successfully even in the case of an error with an email notification being sent at the end. This email contains a report of all the erroneous columns/ rows that weren't processed properly. 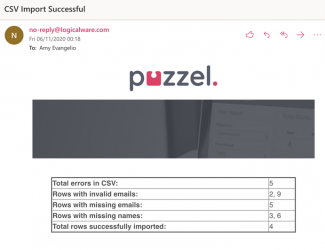