Event rules are automatic rules that are triggered when a specific event occur on a ticket. You can define ticket events such as Form changed, Message received etc [see the drop down for a full list of events that can be used on the Event rule page]  and set actions to be performed automatically once the criteria is met.

Unlike the business rules that are executed on automatic ticket creation, event rules come into play when you need certain actions to be taken spontaneously on the existing tickets based on a trigger.

Event Rule group are a logical way of organising event rules so that it can be easily managed.  It is recommended that event rules are organised and contained within event rule groups.

Furthermore, groups can have conditions of their own. If these are NOT met at group level, the individual ticket rules within that Group Do Not apply.

It is also possible to stop checking subsequent groups if all/any conditions of a group are met. This allows rules to be very specific and is executed in a controlled manner.

User scenario on how to use Event Rules:

As a user, I would like the response/resolve SLA to be changed when an agent moves from Team A to Team B with a different set of priorities. This can be achieved in three steps as explained below:
1.    Apply team based SLA
2.    Create Event Rule
3.    Change the team of the agent assigned on the ticket to see the new response/resolve targets.

You can do a similar process with the Organisation as well.

To create new event rule, follow the instructions in the Creating Event Rules section and mark the condition as Ticket Event is equal to Team Changed. Then select Team for Set Response/Resolve Target under Rule Actions and Click Save.

Finally change the team of the agent assigned to a ticket to see the change in SLA.

As a user I need to be able to change the Response/Resolve SLA whenever I change priority of a ticket. Assumption is made that each priority level will have its own SLA.

Follow the steps in the Creating Event Rules  section and

Finally change the priority in the ticket to see your new response/resolve targets.

To see all the rules that has been applied to a ticket, open a ticket and go to Timeline Options -> Show Ticket rules 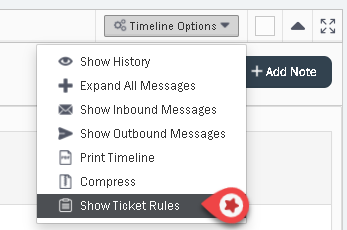 This will display a list of all the rules applied on the ticket. 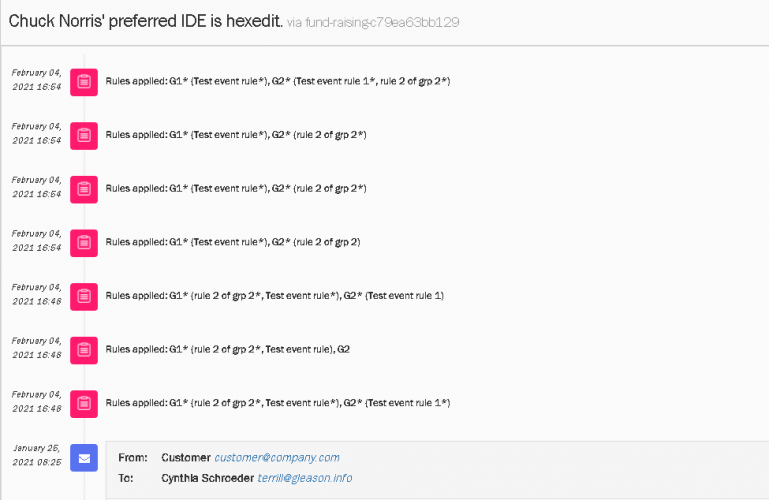 1. Working hours and days are respected by the Event rules. For more details read this article.
2. The event changes are also recorded under Activity log

As a user i would like the ticket to be auto-populated with a complaint form when the ticket is moved to Complaints team.

Follow the steps mentioned here to achieve the task:

In the picture below you will see the ticket is assigned to Sales team and no forms attached to it at the start. 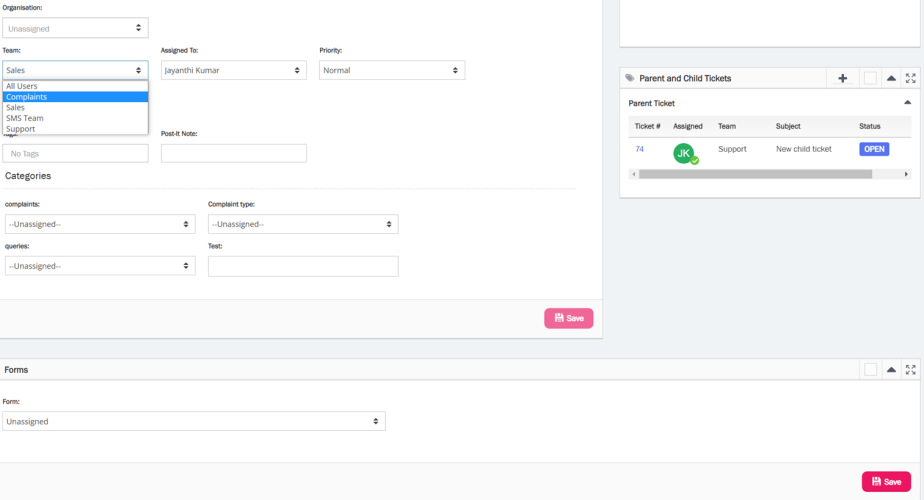 Once the team is changed to Complaints, the form is automatically filled and applied to the ticket. Please note that the action of adding a Form to a ticket will only be allowed if the current assigned team has permission to access the Form that the rule is attempting to apply. 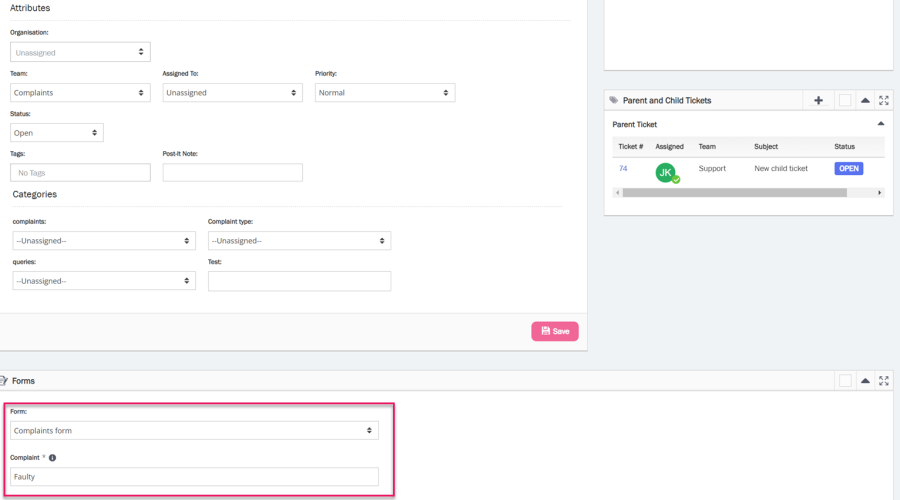