Under main menu Catalog in the Administration Portal there are 2 sub-menus/pages:

The contacts in the Catalog are searchable in the Agent application's Contacts tab:

There are 3 ways to add contacts in your organisations catalog:

The contact detail fields used in your catalog is determined when support sets it up.

The catalog is built up with a hierarchy system of organisational units. There are 3 basic levels within the hierarchy: Parent organisation, Organisation and Department. 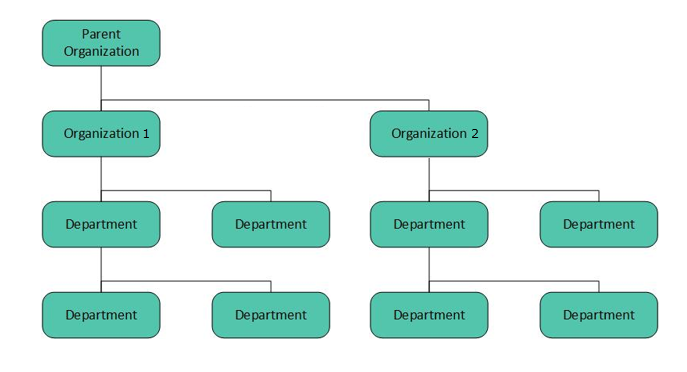 A Puzzel technician must first create the Parent organisation and Organisation when setting up your catalog. With sufficient access rights, you can create the underlying departments and sub-departments, and which contacts that belong where.